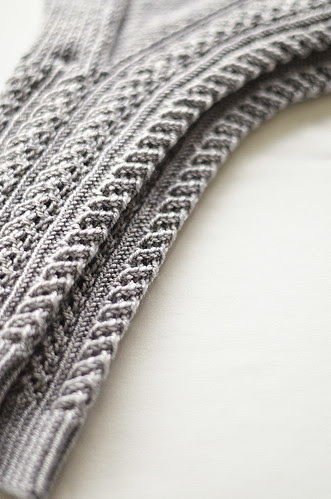 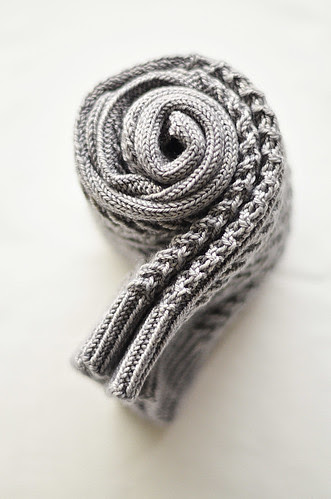 After she saw a photo of my finished pair of Hedera, um, more than two years ago, Billie Jo asked if she could have a similar pair in grey for herself. It took me this long to get around to it, but I finally had the perfect yarn in Cephalopod Yarns Skinny Bugga! from the Grey Ombre Set, a beautiful, silvery shade. I estimated the size based on her shoe size, but I'm not 100% sure if these are the correct size. The pattern is mercifully stretchy, but that won't help if they are too large. Let's hope they fit!

The Ravelry project page
Posted by Helena at 8:11 PM 7 comments:
Email ThisBlogThis!Share to TwitterShare to FacebookShare to Pinterest 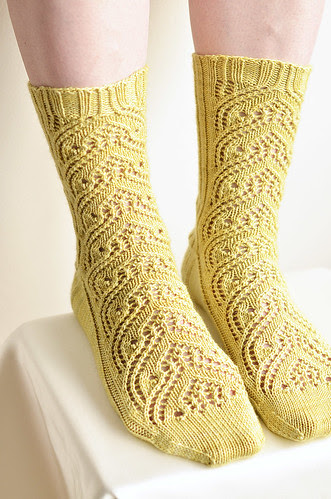 The pattern I was most drawn to in the Cookie A Sock Club August edition was Istanbul, but I wanted the socks in a more delicate color than the club yarn, so I used the yellow end of the Skinny Bugga! Gradient Set 4. The pattern was pretty fast to knit, and it produces a nicely fitting, stretchy pair of socks. I've noticed none of the club patterns have been of the level of complexity as some of the other Cookie patterns I've knit recently. I've been drawn into more difficult sock patterns lately, but it's nice to knit more relaxed patterns every once in a while.

The Ravelry project page
Posted by Helena at 1:28 PM 3 comments:
Email ThisBlogThis!Share to TwitterShare to FacebookShare to Pinterest 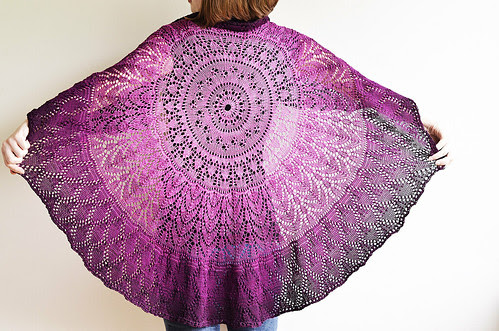 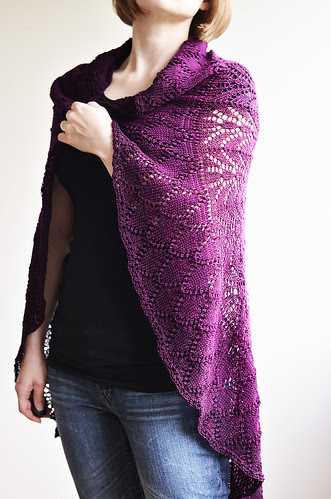 I've had an idea for a while to knit a circular shawl out of a somewhat accidental gradient set I realized I had out of Wollmeise Pure. I happened to put side by side all three different intensities of Magnolie and the two darkest intensities of Petit Poison Nr. 5 and noticed that they looked like a gradient someone might have designed. I decided they needed to be made into a circular shawl, starting with Magnolie light in the middle, Petit Poison Nr. 5 dark on the edge, and the remaining three in between. Then someone suggested the Secret Garden pattern, which was originally written for a similar purpose, and I decided to give it a try. The shawl turned out a bit smaller than I expected, and at a closer look the color changes are kind of abrupt, but I think it'll do for my first gradient project. I did replace the crocheted edging in the pattern with an improvised knitted one, because the only time a crochet hook gets anywhere near my projects is when I need to pick up some dropped stitches.

The Ravelry project page
Posted by Helena at 8:12 PM 14 comments:
Email ThisBlogThis!Share to TwitterShare to FacebookShare to Pinterest 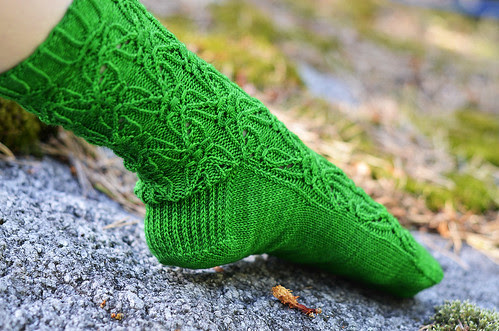 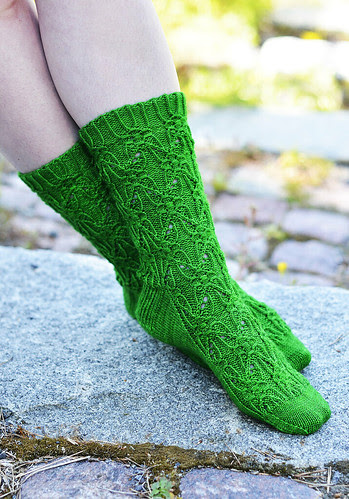 The Gothic Spire pattern by Cookie A was slow going, and required a special cable needle, but after I got going it was enjoyable. I had tried earlier to do the wraps with a regular, straight cable needle, but it was so cumbersome I decided I could not deal with the countless wraps in the pattern without a more functional tool, so I found a horseshoe shaped needle from an Etsy store that made the wraps a lot more fun, even if still slower than usual knitting. And Cephalopod Yarns Skinny Bugga! in a colorway from a gradient set was the perfect match for the pattern. I'm very happy with the result, and I think I might want to knit this pattern again.