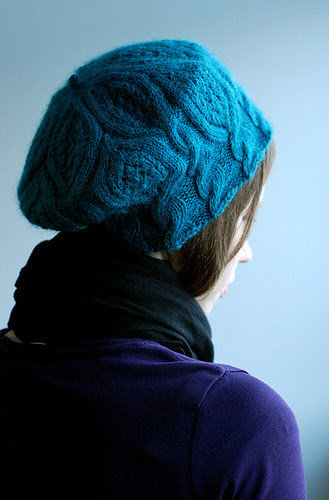 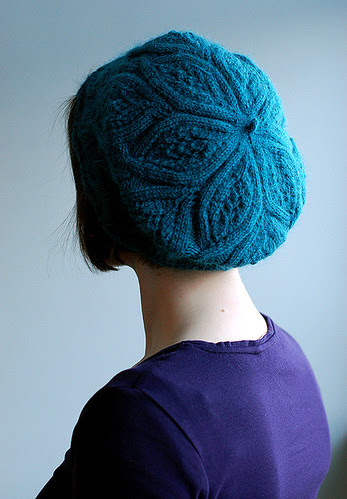 I've been so happy with my Rose Red that I decided I want it in another color, as well. I used the same yarn, Rowan Kid Classic, since the yarn and pattern combination worked so well the last time, as well, and the same needles, 3.5 mm. The pattern is a genius one by Ysolda. Definitely my favorite hat pattern of all the ones I've knit so far, and there have been a few. I bought the yarn just before hopping on a train on Saturday, cast on on the train, and on Sunday, on my train ride back home, I finished it. (There was some off the train knitting in between, as well.) I blocked it slightly smaller than the red one, since I'm wearing it differently than I originally did, and it doesn't need to be as roomy. The camera, once again, fails to capture the correct shade of teal. It's slightly more greenish in reality.

The Ravelry project page
Posted by Helena at 6:31 PM 8 comments:
Email ThisBlogThis!Share to TwitterShare to FacebookShare to Pinterest 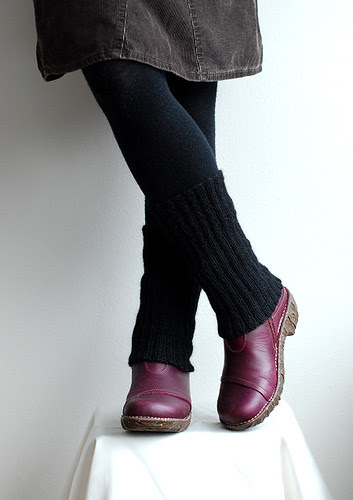 Last weekend I realised I could really use some tasteful legwarmers with my new winter boots. I grabbed some black Garnstudio DROPS Alpaca I've had sitting in the closet for the past three years, 3.0 mm DPNs, and estimated the stitch count based on knee socks I've knit. I figured the gauge wasn't that critical, because the ribbing would make them quite stretchy, in any case. 84 stitches turned out to be pretty perfect. I'm quite happy with the result, they turned out just the way I expected. These will get a lot of wear with my skirts, and I might make more of these in different colors.

The Ravelry project page
Posted by Helena at 4:21 PM 3 comments:
Email ThisBlogThis!Share to TwitterShare to FacebookShare to Pinterest 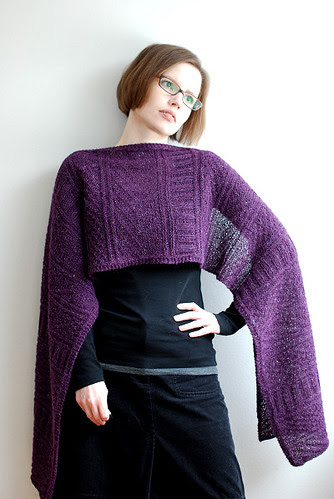 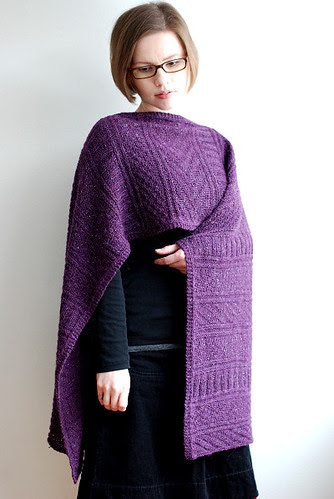 It's been a while! Getting back to knitting, I wanted to start with something less demanding so as not to get discouraged too easily. The Guernsey Wrap by Jared Flood seemed like the perfect project for that purpose. I chose Rowan Felted Tweed for the yarn for an airy and tweedy look, and it seems to have worked out pretty well. I'm not sure what kind of practical use I will have for the finished product, but at least it looks nice in pictures.