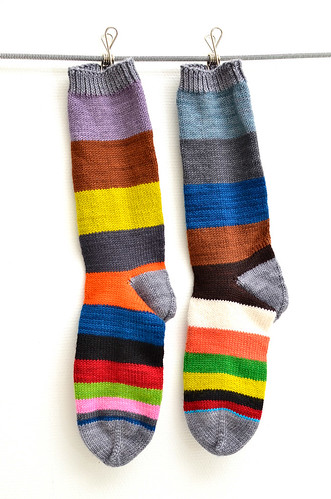 One thing I learned from the previous Scrap Yarn Sock Advent Calendar was not to mix stockinette sections with stranded knitting, because one thing I don't quite have a handle on yet is gauge in stranded socks. So, this time I went exclusively with tried and true stockinette. I also stuck to just Wollmeise Pure and Twin to keep the look as consistent as you can with random colors and changing stripe width. Still, the end result isn't something that exactly soothes my soul; the legs are relatively harmonious, but the feet are... not. Still, I think this time I got a pair that I actually can wear, since at least the fit is right. And it was fun to take part in the KAL organized by the Missä neuloimme kerran bloggers, whom I thank for coming up with yet another creative way to use up yarn scraps!

The Ravelry project page
Posted by Helena at 6:40 PM 3 comments:
Email ThisBlogThis!Share to TwitterShare to FacebookShare to Pinterest 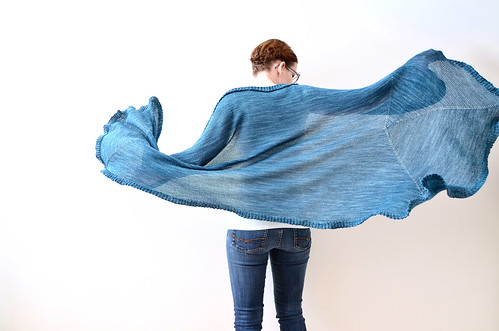 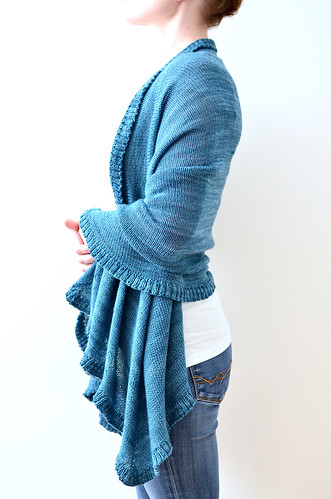 Since my second Nuvem turned into my favorite shawl to wear, it wasn't a hard decision to cast on a third one. And while knitting it I also broke the recond previously held by my second Nuvem: the WIP that was worked on the longest and yet finished. I'm generally not the kind of person who casts on a project and still feels like finishing it a year later; those projects usually end up in the frog pond. However, while there were numerous periods of time when I lost interest in my third Nuvem, I was pretty sure all this time I would eventually finish it. It was something that was comfortable to return to even after a long break, and I knew I would like the finished product.

As the last time, I replaced the ruffled edging with 2 x 2 ribbing. The yarn is Wollmeise Lacegarn as usual, this time in one of my favorite Wollmeise colorways, Wolke. I also used slightly larger needles than before, for a looser gauge and large size, and I can see and feel the difference. Part of the reason might be I've put my second Nuvem through a tumble dryer and I may not remember what it looked like before (it did not felt, just shrank slightly, which was my intention after it had stretched out a bit in use).

This is definitely going to be an everyday shawl. Based on my previous experience, Wollmeise Lacegarn wears amazingly well; after my previous Nuvem has been through the washer a few times (on wool cycle) and the dryer once (also on wool cycle) and still looks as good as new, I'm convinced about the quality of the yarn.

The Ravelry project page
Posted by Helena at 7:59 PM 2 comments:
Email ThisBlogThis!Share to TwitterShare to FacebookShare to Pinterest 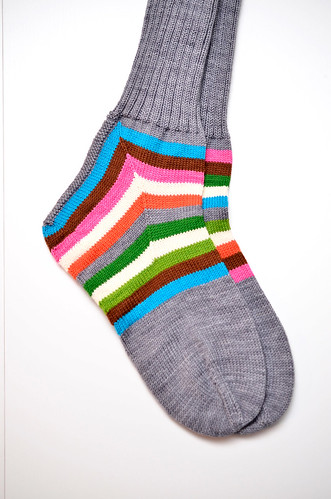 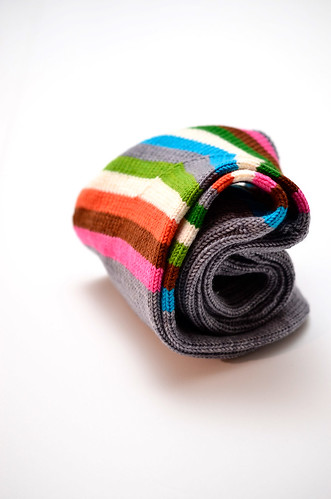 During his workshop in Finland Stephen West mentioned, possibly jokingly, that he doesn't knit socks for himself because his feet are so big, but that if someone wishes to knit him a pair of socks he can give his address to send them to. I figured I'm not intimidated by large feet, so I asked him for his foot measurements. I ended up knitting the biggest socks I've ever made. There aren't many sock patterns that come in his size, so I had to calculate the stitch counts to fit his foot as instructed in the Squircle pattern. We still don't know if they actually fit him right, but we should find out in a week or two when the socks reach him.

The Ravelry project page
Posted by Helena at 7:55 PM 2 comments:
Email ThisBlogThis!Share to TwitterShare to FacebookShare to Pinterest 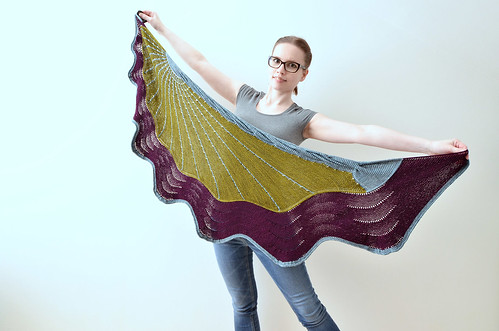 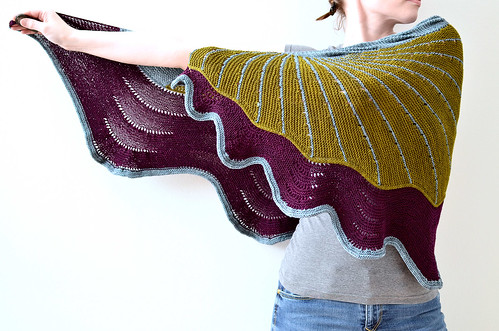 The 2015 Westknits Mystery Shawl KAL is officially my favorite mystery KAL to date. The Doodler was fun and exciting to knit, and it sneakily made even a knitted-on edging enjoyable by placing it in the middle instead of the end, so that I didn't even realize what I was doing until I was well into it.

I'm also quite satisfied I managed to utilize stash from two or three years ago, including the Schwefel (which is not sure if it's a green or a yellow) which had not inspired me until I saw it next to the Mont Blanc and decided they were destined to be together. The Petit Poison Nr. 5 dark, on the other hand, is a long-term favorite Wollmeise colorway.

I'm very happy with the finished product, and this one I'm definitely keeping to myself. It's something I will be taking to my next Westknits class or get-together if I ever attend another one.