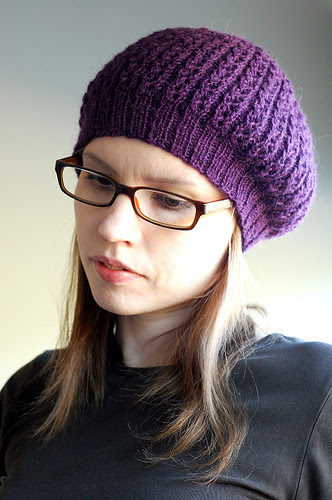 I've knit this pattern, Porom by Jared Flood, four times in the past four months. This time was inspired by Denise, an internet friend from Seattle, who saw a picture of my Porom #3 and wished she had a similar hat. I offered to knit her one in her chosen color, and so emerged Porom #4. The yarn is the same as in the previous one, Alpakka by Sandnes Garn, and the needles I used were 3.0 and 4.0 mm. I was a bit conservative with the blocking, so that it wouldn't get too slouchy for her taste. She can always block it a bit bigger if she wants to.

The Ravelry project page
Posted by Helena at 6:32 PM 2 comments:
Email ThisBlogThis!Share to TwitterShare to FacebookShare to Pinterest 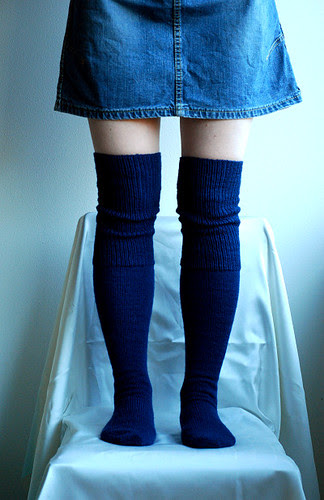 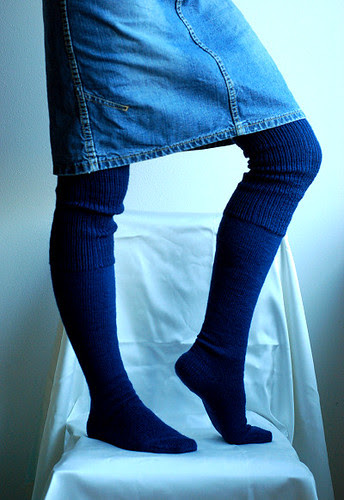 They are finally done! The Delicous Knee Socks by Laura Chau, the over-the-knee version. The yarn I used was Kirjo-Pirkka by Pirkanmaan Kotityö Oy, and the needles 2.0 mm Addi steel DPNs. I'm pretty happy with the way they turned out. Knitting plain stockinette was enjoyable for a change, but the nearly two weeks they took to make was, I think, the maximum I want to spend on a pair of socks. I might do this pattern again, with some different colored yarn. The next time I'm going to continue the stockinette a little longer before starting the ribbing, but still make the ribbing the same length (they are knit toe-up).

The Ravelry project page
Posted by Helena at 8:46 PM 2 comments:
Email ThisBlogThis!Share to TwitterShare to FacebookShare to Pinterest 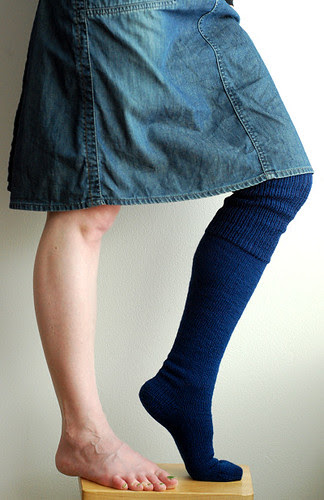 Since these socks are taking a bit longer than your regular pair of socks to complete, I thought I'd do a mid-way post. I was inspired to knit them after seeing the original pair and pattern by Laura Chau, to go with the April Sockdown at the Sock Knitters Anonymous group at Ravelry. For the yarn I chose, again, Kirjo-Pirkka, this time in dark blue. I'm quite happy with the first sock, and I'm about 20% done with the second one, I'm hoping to finish it by the end of this week.
Posted by Helena at 9:50 PM 1 comment:
Email ThisBlogThis!Share to TwitterShare to FacebookShare to Pinterest 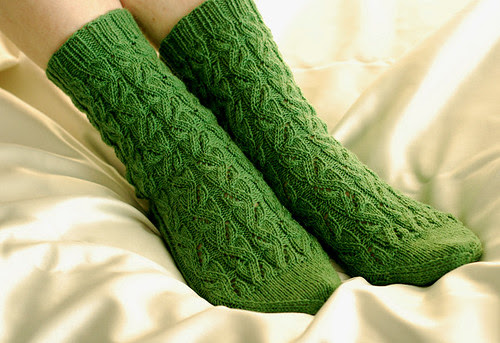 This was not originally the first pattern I planned to knit from Cookie A's new book Sock Innovation, possibly because the peachy color of the sample in the book didn't appeal to me at all. After I took a closer look at the patterns, though, in search of something that wouldn't be too stressful to knit, but not too boring, either, I was attracted to the relatively simple pattern repeat of Sunshine. It was a good choice, an enjoyable and fairly fast knit.

There is a mistake in the first sock which I only noticed after it was finished, one extra row in the pattern between the leg and the foot parts, but I don't think it's too obvious. With the second sock I made a few mistakes which I noticed early on and was able to fix by frogging a couple of rows.

The yarn I used was Kirjo-Pirkka by Pirkanmaan Kotityö Oy. For the needles, I used 2.0 mm metal DPNs.

The Ravelry project page
Posted by Helena at 9:07 PM 6 comments:
Email ThisBlogThis!Share to TwitterShare to FacebookShare to Pinterest 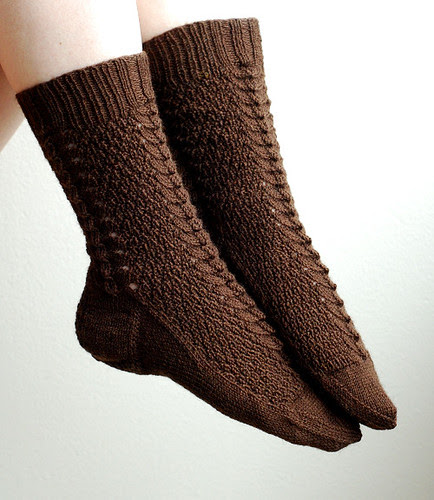 The March sockdown at the Sock Knitters Anonymous group at Ravelry inspired me to knit a pair of lace socks, for which I chose this pattern from Nancy Bush's Knitting Vintage Socks. This is my third finished pattern from that book.

The yarn (ONline linie 3 Supersocke 100) I'd had in my stash for over a year now, but never used. Turns out I like this yarn a lot: It has just the right amount of softness and thickness, and the yarn doesn't split very easily and yet doesn't feel as overspun as something like Jitterbug. I also like this color a lot.

I went with smaller needles than suggested, because I figured I would be getting nowhere near the desired gauge with 2.5 mm needles. So, I picked 2.0 mm DPNs instead, and that turned out to be the right choice. I'm going to give these to my mom for Mother's Day.