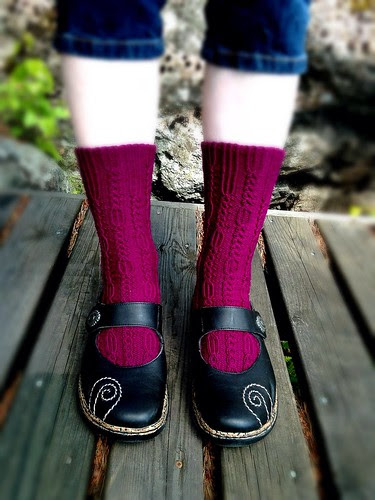 The Tiberius pattern from the Cookie A Sock Club was a joy to knit. My pair is not from the club yarn, but Wollmeise Pure in the colorway Petit Poison Nr.5 light. I oscillate between wanting to knit socks in 100 % merino, or a merino/cashmere/nylon blend. I have a tendency to knit my socks slightly too small, probably at least in part due to my very tight gauge (I've bent solid stainless steel needles by just knitting with them), and I'm starting to learn that 2.5 mm is probably a better fit than 2.25 mm when it comes to needle size with socks knit from fingering weight yarn. These socks turned out exactly the size they were supposed to. I would gladly keep them myself, but they will be gifted.


Posted by Helena at 3:41 PM 8 comments:
Email ThisBlogThis!Share to TwitterShare to FacebookShare to Pinterest 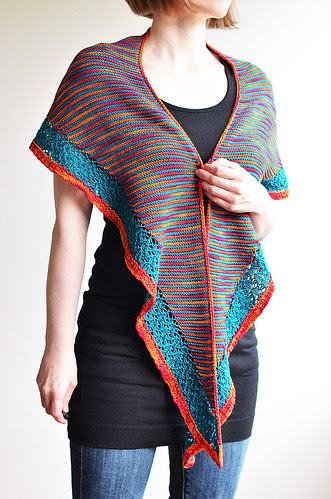 Romi Hill's Taygete was my first time using multicolored Wollmeise. For me, multicolored yarns are a bit tricky to use, and I like in the striped portion, but I think the edging would have been better off in a solid yarn; it just looks too loud for my taste. Otherwise, I really like the shape and size of this shawl, and I might re-knit it in some other colors. This time I used Neptun medium and Aurora WD. I also modified the edging, which in the original pattern was a picot one. Instead, I knit 2 x 2 ribbing for the bottom edge, and for the top edge I knit one row of purling and then bound of by k2tog on the wrong side. I really like how the top edge turned out.

The Ravelry project page
Posted by Helena at 11:07 AM 4 comments:
Email ThisBlogThis!Share to TwitterShare to FacebookShare to Pinterest 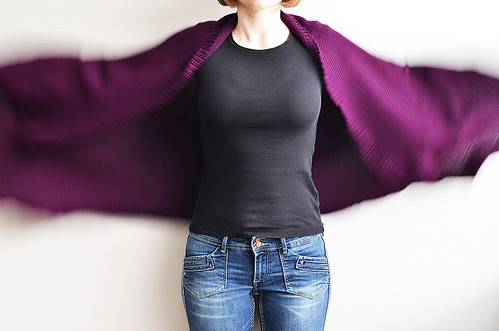 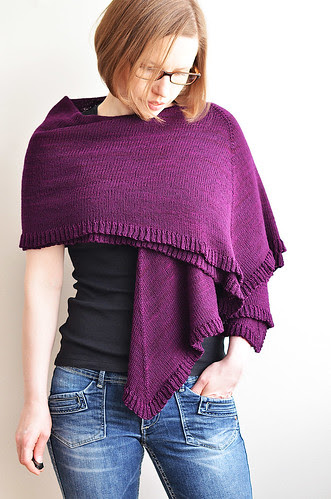 My second Nuvem, cast on last December, is probably the longest running WIP that I've actually finished. Usually, if it takes me longer than a few months to finish a project, it inevitably ends up being frogged. I've been working on it inconsistently for the past six months, but a few stitches here and there doesn't really add up that much when it's a project that uses up 1700 meters of yarn.

This time I went with the modification of doing the edging in 2 x 2 ribbing, and I prefer this version. Also, Wollmeise Lacegarn in the Petit Poison Nr. 5 dark colorway makes a really nice stotckinette stitch surface. When doing the casting off, which took several hours, I decided two Nuvems is enough, but now that I have the finished item, I'm not so sure that I wouldn't cast on a third some day.

The Ravelry project page
Posted by Helena at 11:18 AM No comments:
Email ThisBlogThis!Share to TwitterShare to FacebookShare to Pinterest
Newer Posts Older Posts Home
Subscribe to: Posts (Atom)