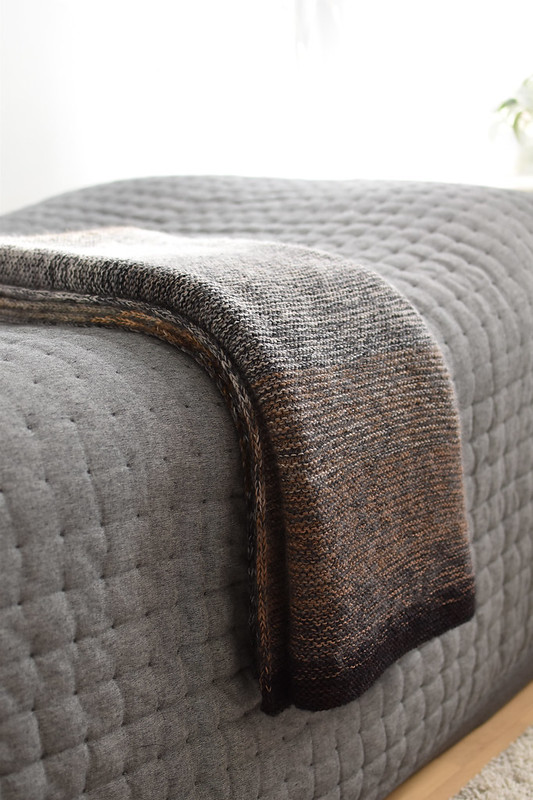 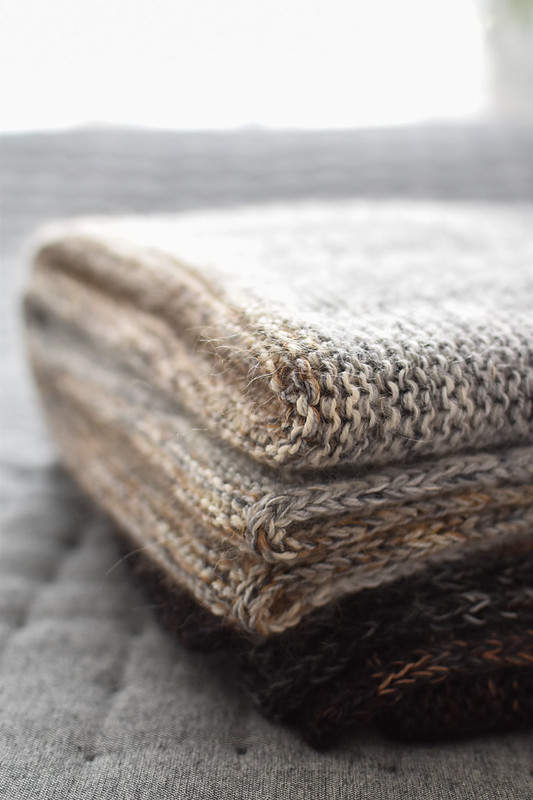 Yay, the colossal undertaking of the, umm, Colossal Stash-Busting Blanket is finished! Even if my life feels a bit aimless without this project to work on anymore, I'm very happy that it's finally done. The blanket, modified for a smaller gauge from Stephen West's Garter Squish pattern, was knit with three or four strands at the same time throughout, which resulted in an impressive length of 11 km of yarn used. It weighs 2.4 kg, so moving or folding it is a bit of an exercise. Knit with 6 mm needles and at a gauge of about 15 stitches/ 10 cm, I cast on 220 stitches. The finished measurements are roughly 170 x 145 cm, but I'd take those with a grain of salt, because it's so heavy and stretchy that you can pretty much mold it to match whatever measurements you want to achieve. In any case, it's big enough for me to nap under it!

I think the biggest challenge for me was to get a pleasing marled effect. At first I thought that, knitting with four strands, I can freely switch one strand at any time and not worry about a smooth transition, but it turns out that if the contrast between the old and the new strand is big enough, there is going to be a noticeable, abrupt change, regardless of the three other strands staying the same. I think I got better at the marling near the end. This project was a quite educational in knitting with strands of different color.
Posted by Helena at 8:51 PM
Email ThisBlogThis!Share to TwitterShare to FacebookShare to Pinterest